Walking on the Knife’s Edge 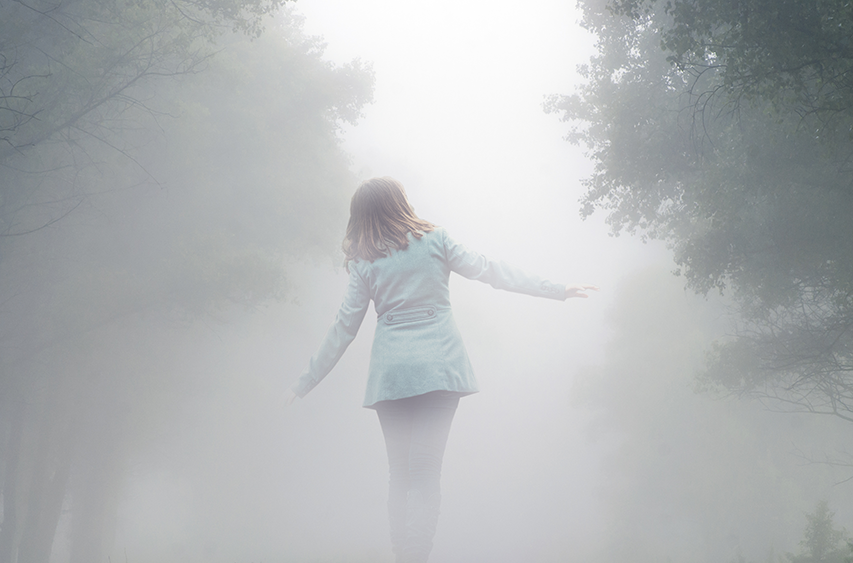 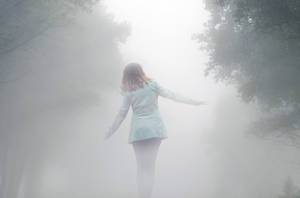 I had a friend, teacher and mentor once; let’s call him “Ray”. I met Ray when I was about 24, he was a First Nation artist that taught me silver and gold smithing, wood and stone carving, some bead and leatherwork, how to make ceremonial pipes and a whole bunch of other things over the course of about six years. If you asked Ray himself if he was an artist, he would always reply, “I make some things…” – in his mind he had no time for all the bullshit that came with that label, he only had time to work. He was no shaman or guru or anything like that either (in fact, he would scoff at anyone calling themselves one). Truth be told, Ray was a colorful and flawed character and a bit of a bar fly. He drank Budweiser, smoked Marlboro Reds and shot pool and he did so in the afternoon while his partner was at her office job (him doing most of his work early in the mornings). That said, he was a special man and was very knowledgeable about his as well as others’ histories and cultures. He taught me a lot about things I had never seen or thought of before: culture, history, symbols from all over the world, different spiritual practices, fasting – heck, he even took me into a sweat lodge a few times.

In his work, he explored things like the “Ghost Dance” (a movement of spiritual dance that was considered so threatening to the U.S. Army at the time that some say it lead to the 1890 Massacre at Wounded Knee). He traveled all over the place and visited with many other tribes. As soon as he landed with a new tribe, he would seek out the eldest living member and spend as much time with them as he could. Through those visits he identified recurring numbers of significance throughout different tribal cultures that he documented and explored through his work. He saw the numbers and many symbols as threads of ancient knowledge that cropped up in every part of the world (if you went back far enough). He was obsessed with what his people lost, not for his sake or for their sake, but for our sake – humanity’s sake. He believed that there was knowledge among the First Nations of the world that could save the lot of us if he could just uncover, decode it and get it out there to the masses – like I said, even with his flaws, he was a very special man.

Ray wasn’t looking for students or followers, but if you caught him at the right time, he would drop some spiritual and esoteric knowledge on you – especially when we were “making things” together. One such gem, that I am only now beginning to really understand, is something he would recount when he was talking about a person’s destiny:

By which he meant – it is really fucking difficult! Now if you happened to be complaining about or making any sort of excuse that involved other people in regards to your calling or work, he would add “…and when you are walking the path the others will throw stones at you to knock you off the knife’s edge.”

I never did, but if you asked him who the “others” were, he would say enemies, both human and not (call them parts of the spirit realm) that are conspiring to stunt humankind – any force that was intent on stopping us from becoming who we should truly be. He would get animated at this point and say, “Hell, even the people you love; your friends and family too – they’ll throw stones. If people aren’t on their true path they can’t stand to see someone else walk theirs – it’s just nature!” The thing about the knife’s edge is that as you get close to the end (which I have come to understand, isn’t an end per se, but a truer version of the path you started on), the path becomes thinner, sharper and more dangerous, before it becomes easier and natural for you. And worse yet, you may have to start back at the beginning after you fall off – so there is a lot at stake.

The “true path” can be lots of things. Steven Pressfield would say, the only way to even find your true path is to be your true self because only you as your true self can walk your true path. Ray’s path and my path (true or not) ran parallel for those years. I think we both may have made the mistake of thinking we were on the same path and when it turned out we weren’t our kinship dissolved – a fact that still makes me deeply sad to this day. You see, he had gotten sick a few years before we met and viewed me as the one to finish his path for him. The only problem is, it wasn’t my path – mine might be similar in many ways, but it wasn’t his. He never really forgave me for that. Your path is yours alone and walking on your true path can only be done by you and that can be very lonely – especially at the most difficult points.

Ray is no longer with us and twenty years after I first met him, I am still on my knife’s edge (falling from time to time and starting over, but still on it). Many of the tools he taught me to use have collected dust and have been moved from place to place over the years, sometimes without even coming out of their boxes from one place/city to the next. Still, I am realizing that all the things he did teach me were crucial for me to learn in order to know myself and to follow my path. Who knows, I may end up unpacking some of those tools again someday – they may still be part of my path. The one thing Ray never told me, but I suspect he knew on some level, was that, though walking your true path is like walking on the edge of a knife’s blade, you are also in a fog so dense you can’t even see your feet. It is hard to know what is next to you or ahead of you and what to expect. It is why Ray and I mistook our parallel travel as being the same path. But you can be certain of one thing: every thing you have learned, every hard lesson, every skill, every friend and/or enemy you made, every ounce of love and heartbreak and grief you have felt has lead you to this moment on this knife’s edge that belongs only to you. And, it will be enough for you to, eventually, walk it to its “conclusion” – if you are steadfast in your work, patience and most of all your belief.