Too Determined to Fail 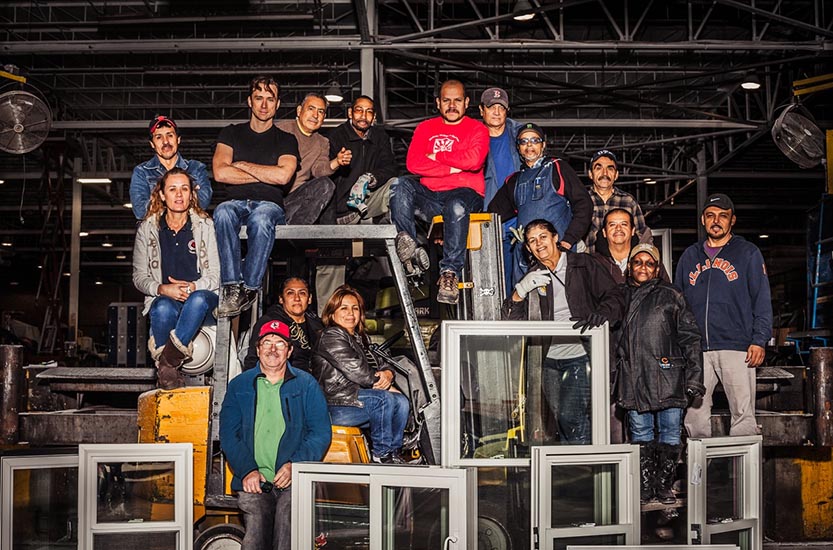 When it comes to following your passion, overcoming obstacles and building something amazing, I have heard very few stories which compare to that of New Era Windows, a window factory that opened for business in Chicago earlier this year. You might think founding a worker-owned, democratically managed co-operative is amazing enough. What I found truly inspiring was how the co-op got its start and the adversity that was overcome in forming it.

The Background
You might recall the story back in 2008 of Republic Windows & Doors. The owner, after decades of operation and with no prior notice, closed the factory and ordered the workers off the premises. In response, 250 workers “occupied” the factory for six days winning severance and back pay they would have otherwise never received. At the time, a new owner Serious Energy took control of the factory and it was partially reopened. By early 2012, there was a second closure leading to a second occupation. It lasted just 12 hours, but secured an additional 90 days of operation to allow for new owners to be sought.

Ninety nine percent of us would look at this situation and see two possible outcomes:

And Now for the Magic
The workers, having had their only livelihood threatened twice in a span of just over three years, saw a third option. From what they learned about the two bankruptcies, they knew the work they were doing was profitable. What made the factory fail were quite simply management issues. They decided they could do better by firing the management, buying the factory and running it themselves. With the support of their Union, the United Electrical, Radio & Machine Workers of America (UE) and the help of The Working World, a progressive investment group, they did just that.

“Us opening up this plant, we have learned that we are
so much more than we thought that we were.”
–Melvin ‘Ricky” Macklin, New Era Windows Owner/Worker

The owners of New Era took a grave situation and turned it into an opportunity to take more control of their own destiny. Their determination to succeed proved more powerful than all the forces pushing for their failure. With all odds against them, they built and now own a window factory. Think about this for a second. They now own the very factory from which, just a year before, they were going to lose their jobs. They realized they were “so much more” than they ever thought and overcame the Icarus Deception.

How do you react when people say ‘No” or “Impossible”? Are you determined enough to succeed? If the folks at New Era could build their dreams, what is stopping you?