Think Inside the Box: What A Brand Should Have in Common with Dr. Who’s Time Machine 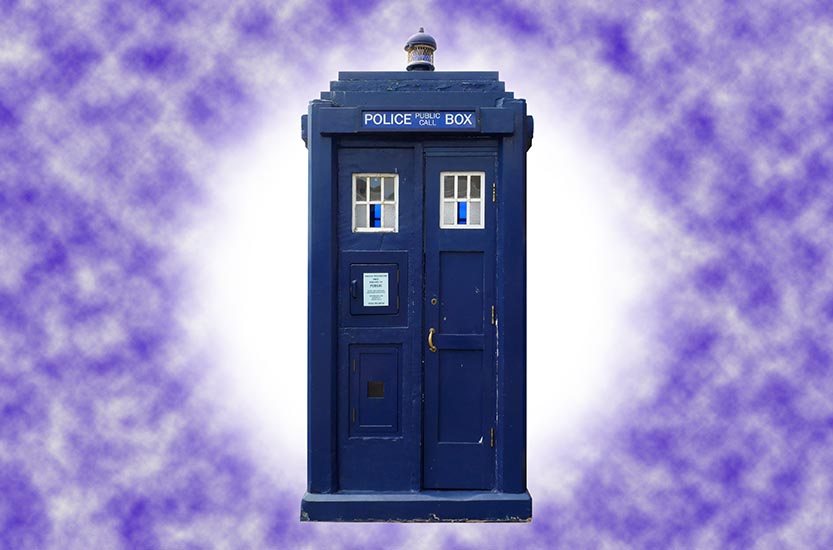 “Think outside the box” we hear this all the time whether from a boss, client or coworker. The phrase has been used and overused so often that it rarely involves being outside the box or thinking for that matter. Today, I want to challenge you to Think Inside the Box…

As a life-long Whovian (Dr. Who Fan), one of my favorite parts of the show is when the famous Time Lord first invites a new acquaintance inside his craft, the TARDIS (Time and Relative Dimension in Space). To that person the TARDIS looks like an old British police box and the Doctor seems to be a crazed lunatic. What the unsuspecting party doesn’t know is that the TARDIS is “dimensionally transcendental”. Which is a scientific sounding way of saying it is bigger on the inside than it appears on the outside.

Imagine the shock of walking through the door of this small, blue, wooden booth into the control room of a space and time traveling machine. As a viewer, we never see much past the control room. But what the various Doctors have described over the past 50 years is a huge, quirky craft (once described as the size of the Empire State Building). There is a giant walk-in wardrobe, an art gallery, greenhouse, bathroom, library, medical bay, swimming pool and even several squash courts. The craft is known to update, change and delete rooms to reconfigure itself (sometimes without the Doctor’s knowledge), which brings me to the really cool part.

The TARDIS is not just a machine; it is a sentient, living being and is inseparably connected to the Doctor. The TARDIS isn’t just at the beckon call of the Doctor. She (the Doctor refers to her as “Old Girl”) often has the wisdom of putting him just where he needs to be in time and space despite his plans to go elsewhere. The one cannot survive without the other.

What lessons can we take from Dr. Who’s TARDIS?

In a world where everything is moving at the speed of light and people can get what they want, when they want, having something that makes them stop and take notice is everything. If you don’t, you might just get lost in time.