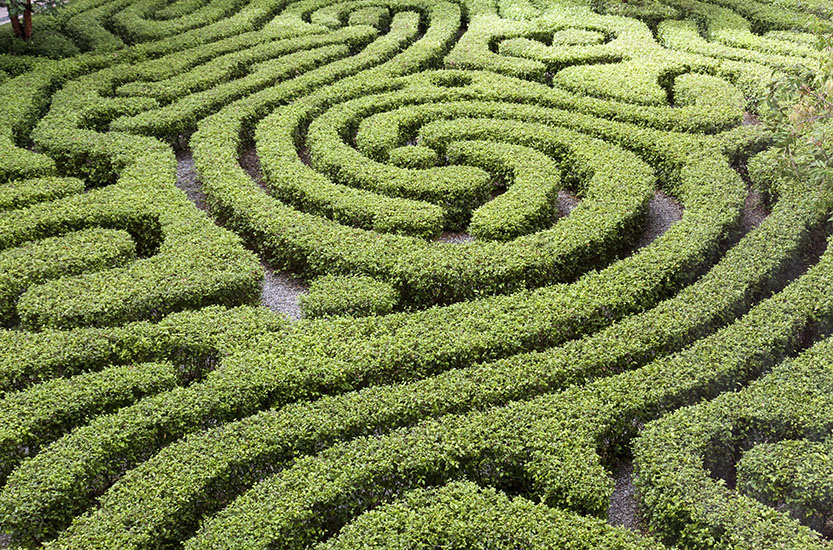 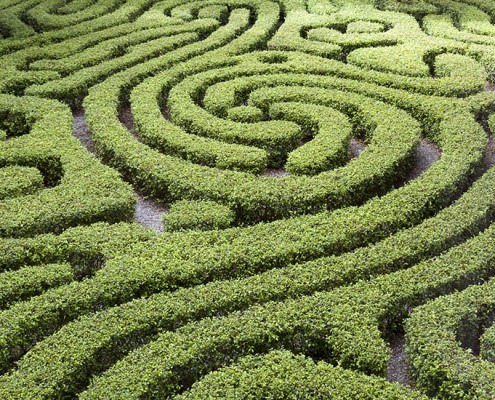 My six year old daughter recently discovered mazes. I remember the first time she tried one, she got so frustrated that she threw her crayon across the room and tore the thing to shreds (hmm, wonder where she gets that sort of behavior from?). Of course, she isn’t one to give up, so she eventually tried again. And again and again and again…

I would watch her as she traced the path out with her finger first. Then, if the path would dead-end, she would try one of the alternative paths. Before long, she was a maze whiz! These principals don’t change, whether it is the simple one on your child’s kids menu or the Longleat Hedge Maze, it’s the only way to do it. Sure you can get lucky and choose the right path every once in awhile, but mostly it’s trial and error.

I see a ton of ads out there, with headlines like: “The Super Secret Facebook Advertising Bible” or “3 steps to Making Millions using Google Adwords”. You can hardly throw a rock here in San Francisco without hitting a social media guru or lead funnel expert or some sort of inbound marketing sherpa. Yes, there are awesome folks out there who have done a ton of this stuff and can bring immediate value and start driving tons of traffic your way. I won’t deny that, but this blog is about empowering you-especially if expensive gurus aren’t in your marketing budget just yet. Before you spend ungodly amounts of money, do yourself a favor and walk the maze a little. What I mean and what most “gurus” won’t tell you is that the secret of their success is trial and error.

To get started all you have to do is start moving forward:

This is how it is done. This is where the gurus and Sherpas start. Instincts and gut feelings will only get you so far in the maze. At first glance, it might seem daunting, but add some simple scientific process and you will get to the end (success) much sooner.

Look out for more on building traffic and converting traffic to paying customers in coming posts. Meanwhile take that path over there, I gotta good feeling about that one…