Don’t Become Smaller for Their Boxes 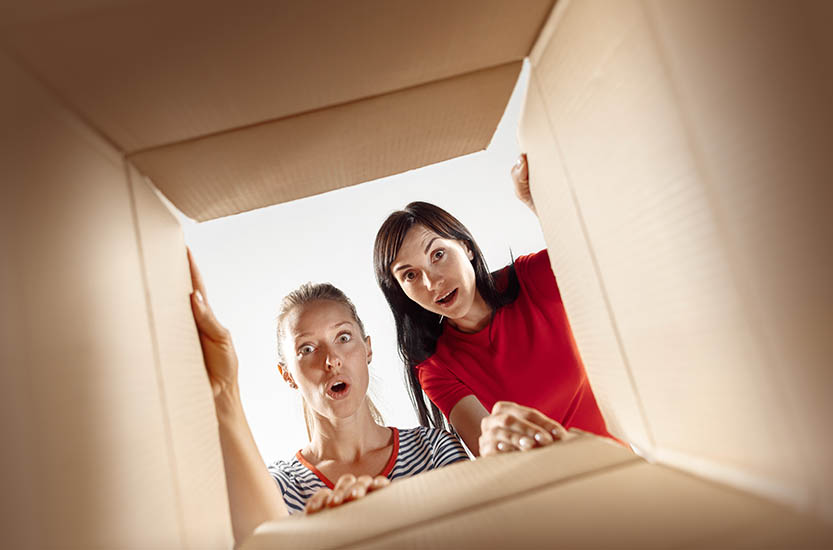 I wasn’t living in New York City during 9/11, but moved back to the area a little over a year later in January 2003. I remember the shock of how different it looked and felt, and I am not just talking about the enormous hole in the ground. It was everything: from the police with assault rifles standing on many corners to the barricades put up in front of prominent buildings, meant to prevent terrorists from driving a truck full of explosives into the lobby. Oh, and let’s not forget the Orwellian “See Something Say Something” posters everywhere. There were public displays of “security” wherever you went and most people living in the Tri-State area, including me, accepted that they were a necessary evil to maintain our safety. Still, in a lot of ways, it felt like the same place I had left a decade earlier.

It wasn’t until a few months later that I truly understood that those public displays of security were the tip of the iceberg. And that if you were an Arab or Muslim, they were a daily reminder that you were being watched. And, only slightly more subtly, letting you know that you didn’t belong. They told you that you were the other, the ones that the “real Americans” needed protecting from. And it wasn’t just limited to the NYC area. It was everywhere, and so droning, ubiquitous and well funded, that you almost started believing it yourself.

We were expected, to “behave” in ways that put everyone else’s comfort ahead of ours – to become smaller than we were and to fit into the boxes that were prepared for us. We were being divvied up like this:

The good kind: quiet, submissive, unquestioningly patriotic, not too religious – better yet completely secular, exclusively English speaking, but still not “one of us” or;

The bad kind: which encompassed everything else, and if you weren’t the good kind. If you spoke up on foreign policy or acted to Arab-y or Muslim-y then you had to be a terrorist, or sympathizer or some other kind of really bad thing – and, you were definitely not to be trusted.

And, the default was that you were always the “bad kind” until you proved otherwise.

Nearly all of my male friends and relatives, with names like Mohamed, or Abdulrahim, or god forbid, Jihad, had been laid off or outright fired from their jobs shortly after 9/11 (in some cases their bosses told them directly why). The privilege of my lighter skin (being half Hungarian) and the fact that my first name is Dean, spelled the anglo way and not Deen the Arabish way (which BTW means “religion” or “way” in Arabic), spared me from much of this. What it did not spare me from is internalizing all of it. Or, knowing that if I showed up as my full self at work my livelihood could be in jeopardy, or that when I spoke Arabic or wore a kuffiyah on the street or subway, my physical safety might be. I was making myself smaller to fit into their “good Arab/Muslim” box – and quick! It was becoming part of who I was and it was suffocating.

Of course none of this was new, which reminds me of another time, not too long before, in 1981, the Iran Hostage Crisis. Nearly every house in the area of New Jersey I grew up in had a yellow ribbon on it, many cars had an “Ayatollah Assahola” sticker on them, the radio stations played the song “Bomb Iran” (a take off of the Beach Boys’ song “Barbara-Ann”) many times a day, which featured lyrics like this:

“Went to a mosque, gonna throw some rocks. Tell the Ayatolla gonna put you in a box…Bomb Iran..ba, ba, ba, Bomb Iran!”

Of course I am not Iranian, but it was a moment in time where that fact didn’t matter. Every American of Middle Eastern descent or of the Muslim faith lost any hope of achieving even “model minority” status, let alone the more coveted place of, Adjacent to White, from that moment forward. The average American didn’t know (or care) that Syria (or Iraq, Egypt, Palestine for that matter) were all different countries and unique peoples – many wanted to simply “turn the sand to glass” in the whole region. And it wasn’t just white people. Some of the most racist shit I ever heard came from my black and brown friends who were not Arab or Muslim – they had internalized it all too (and, let’s be honest, were probably just relieved it was someone else for a change).

I was 10 years old in 1981, and for the next 10 years I would internalize my new reality. I would grow to loathe that part of myself that kept me from my “whiteness”. I wished every day that my mother had changed both of our names back to her more European sounding maiden name when my father left us (I literally daydreamed about it). As a teen, I was angry and depressed. I was violent, self medicating, overcompensating and eventually got kicked out of high school because of it at the age of 17. A few years later, with very few options of supporting myself as an adult, and the first Gulf War underway, I seriously considered joining the Marine Corp – you see, I hated that part of me so much, that I wanted to wage war on it. I know, it’s F*CKED UP, right?! This isn’t easy for me to recall, let alone write. I feel the adrenalin and cortisol surging through my body as I type these words – and most of all the shame.

The good news is, for the next ten years I began to accept myself and slowly reconnect to my Syrian/Muslim side and all the wonderful, beautiful things it had to offer me and those around me. I am sharing this not for you to feel badly for me, but to understand why the work I do is so important to me personally. I want you to understand the skin I have in the proverbial game.

Which brings me full circle back to NYC 2003, where that environment – that suffocation, gave me no other choice but to really educate myself on how and why we had gotten to that place as a nation. By organizing in the Arab/Muslim community and linking/exchanging our experiences and struggles with other community of color allies (and mentors), I was introduced to the concepts of systematic white supremacy. I began to learn  how to name it and to recognize it for what it was, but most importantly, I saw for the first time in my life the enormity of it.

I am not talking about white supremacism. The people I dealt with back in 1981, or even 2003 weren’t Nazis, or Facists per se. No, I am talking about the systematic kind of white supremacy that permeates everything we see, hear and feel – it is the air that we breathe and all that we know. It often has a politeness to it that makes you question your own sanity and it affects all of us, making some among us the “other”, while giving others among us power. We are ALL hurt by and benefit from it in constantly shifting ways, no matter your race or identity. And, to get past it…to finally and forever dismantle it, we are ALL going to need to do the work together to do so.

As we are in the midst of this, yet another time and political climate where, not only Islamophobia and Anti-Arab sentiment seems to be at an all time high, but all other forms of discrimination – especially anti-blackness — are becoming more and more normalized worldwide. Many of us are no longer left with any other option but to speak up, but if you think you have that option, consider these words from Desmond Tutu:

“If you are neutral in situations of injustice, you have chosen the side of the oppressor”

Having a choice is privilege and this reminds me that right now I need to leverage my privilege whenever and wherever the opportunity arises. Which is why I became part of co-founding the Dismantle Collective, a person of color-led group dedicated to naming, disrupting, and dismantling white supremacy.

We are hosting an “Unconference” on June 14–15 at Impact Hub in Oakland, CA — if you are in the area, please join the conversation. You can find more info and links below.

Please Join us at the:

DISMANTLING WHITE SUPREMACY UNCONFERENCE
A space for courageous and explicit conversation about dismantling systemic white supremacy in a community-led forum.