Are you punk enough? 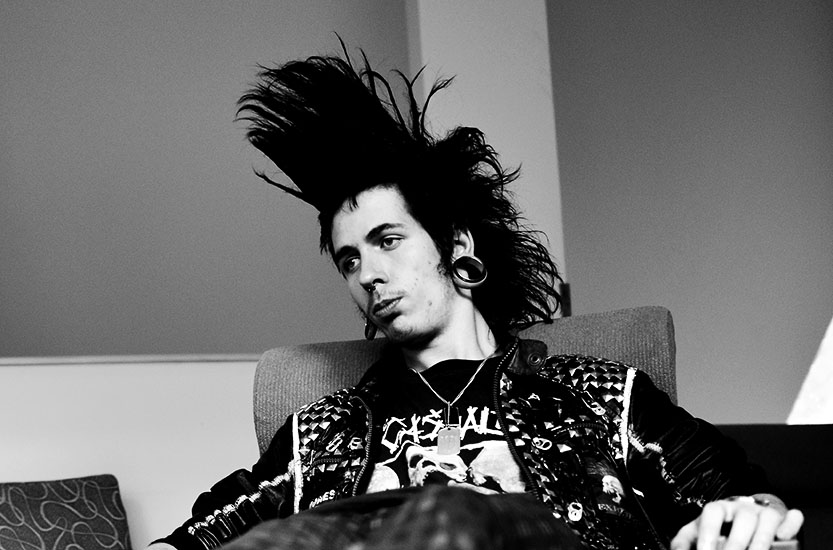 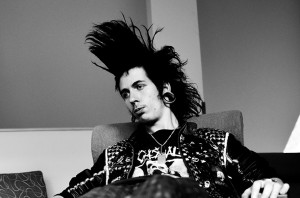 When I was about twelve, I spent the summer down at the Jersey shore with my uncle and his family. I made friends with a local kid named Rick a couple of doors down from us. Rick and I hung out every day that summer skating and listening to a mix tape he had gotten from his older sister. It had bands I had never heard before like the Sex Pistols, FEAR and Suicidal Tendencies on it to name a few. When I was leaving at the end of that summer, Rick dubbed that tape and sent me back home to North Jersey with a copy-my life would never be the same.

Within a couple years I was fully immersed in the punk/hardcore scene. I was fourteen when I went to my first show at City Gardens in Trenton, NJ–from then on I was fully hooked. By sixteen I was helping some friends with a fanzine and we were even putting on a few shows of our own. We were interviewing people like Kevin Seconds and the Bad Brains. I got to see some legendary bands and artists live, like the Ramones, Samhain, Descendants, Jello Biafra, Henry Rollins and many others.

Remember, this was the mid-late 80’s, before Rancid and Green Day were ever on MTV and selling out stadiums. It was truly a counter culture back then. For the most part, everything about it was “made” by the people in it, The scenarios went something like this:

There isn’t a punk magazine?

“Let’s make our own fanzine on a copy machine and sell it at shows.”

There is no club that wants to book our favorite band?

“This abandoned building/warehouse will do–we’ll have shows every weekend…Oh, and some of us can live there too…”

“We’ll start our own, press records and sell them ourselves”.

Everything from cassette tapes with hand drawn covers to t-shirts printed in a garage–if it didn’t exist we made our own. The kids I hung out with were rough. Most of us found family in the scene that we didn’t really have at home for various reasons. There was lots of violence both in and out of the “mosh pit”. But, with all that said, there was also a ton of creativity, ingenuity and collaboration.

With all the talk we hear about lean start-ups and bootstrapping these days, it reminds me of those days, when necessity drove us to bring into being things that didn’t exist, and to do so with very little to speak of besides our passion. I can only guess what we might have done back then with access to today’s technology; the possibilities seem endless.

With that in mind, I think any small business or startup should try to be a little more punk rock. Here are a few ways you can:

Questions Authority: If everyone just does what they “should” do, then we run the risk of putting a lot of work and effort into being part of the status quo. Yes, you may have an MBA, but what happens when every other applicant has the same credentials? Make sure you ask the right questions when you set your goals, whether for education, job hunting or starting a business. Challenge the conventional wisdom and try to find your own way whenever possible.

Be an Original: Nothing was more valued in the punk scene than uniqueness. From haircuts to hand painted clothes to seeing that new band before all your friends even heard of them. If all you are doing is recycling something that is already being done or, worse yet, following your competition, then you might as well not bother. Be inventive, be unique and above all always be looking for the next way to take your game to the next level. By the time someone is mimicking you, you will have moved on to something better.

Don’t be s Poseur: Don’t talk, dress and act the part, when you can’t back it up. Be real. Some of my friends had 14” mohawks or dyed their hair every color of the rainbow. Some wore big spikes on their jackets and had nose rings. Then there were others (like me) that didn’t show it so much outwardly. But, we all loved the music and ideals; we all viewed each other as family and we didn’t take kindly to folks that wore a costume, but didn’t have substance. In the end, it wasn’t about how you looked; it was about what you were on the inside. The only way to prove that; was to pay your dues, be consistent and be there time and time again contributing, in a way you only could, through the good and the bad.

Fight for What You Believe: Running from a fight, even if the odds were stacked against you, was never acceptable. We used to say, “we’ll tie our shoelaces together”–meaning if we were going down, it would be together–nobody was going to run. Whatever it is you believe in, you might have to throw down for it. Not literally speaking in this case, but it may still require risk and sacrifice just the same. Fight for each win, fight for each member of your team and keep fighting until you succeed.

Nowadays, you won’t catch me moshing in the pit, and my taste in music is much broader than back then–though you can still definitely find some old school punk in my Pandora playlist. That said, so much of what I am today came from those days and I attribute much of my success in life to the experiences of those nights spent in grimy, graffiti ridden “clubs” listening to the primal thrashing with good friends–making things up as we went along. Maybe punk rock it isn’t your bag, but adding a little punk attitude might be just what you need to set yourself and your business apart. Who knows…you might even look good with a Mohawk…